With its tenth issue, Black Cloud comes to an end with a finale that seems intent on asking more questions than it does on providing concrete answers, and that is what helps make this issue work when it really shouldn’t. 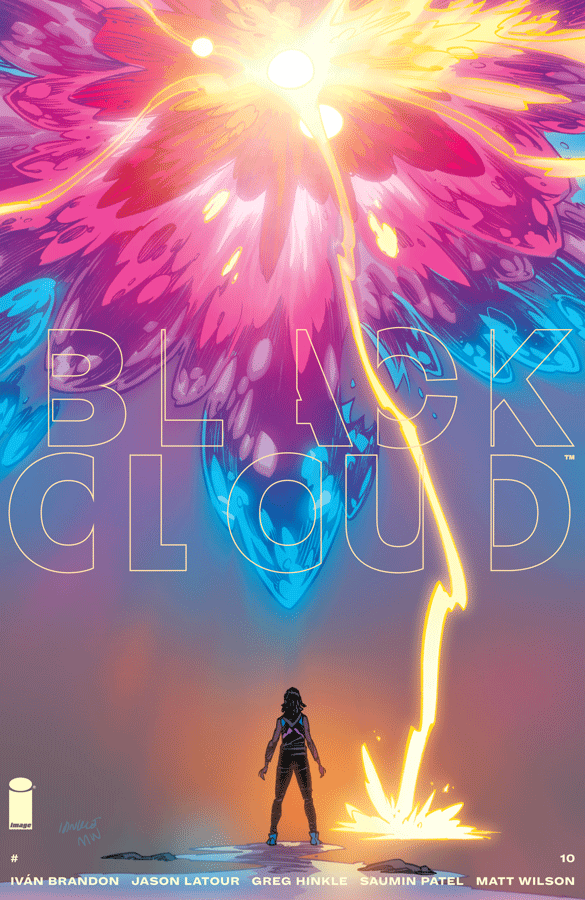 The fall of the Roman Empire, the evolution of religion, the French Revolution, the Age of Discovery, colonialism, manifest destiny, the decadence of the roaring twenties: if you look hard enough, you will find a connection to all of these things (and more, I’m sure) in Black Cloud #10, and the overarching story of the entire series. Why, though? Because all these things carry similar characteristics: corruption, deception, disillusion, fear, etc. In other words, the human condition.

As Frank says in this issue, “Everybody dies no matter what.” Couple that with the words of another fictional character, Harvey Dent, in the 2008 film The Dark Knight, “You either die a hero, or you live long enough to see yourself become the villain”, and things become clear.

Humans are mortal, and so are our creations; everything we build is built to fall, and yet we keep building. We expand our empires, we close our borders, we assert our supremacy until there is no escape from the downfall. Then we do it again. We tell ourselves these stories about how we’re different and how we’ve learned from the past, but it’s not true; it’s never true. Demagoguery continues to work because we refuse to let the past die. We cling to these old lies that tell us what we want to hear.

This entire series has been about stories, the power of words, and how language is used to propagate thought. That really crystallizes in this issue when Naomi says “Gimme the kid and you can eat your cake!” This, of course, is a reference to the line famously uttered by Marie Antoinette: “Let them eat cake.” 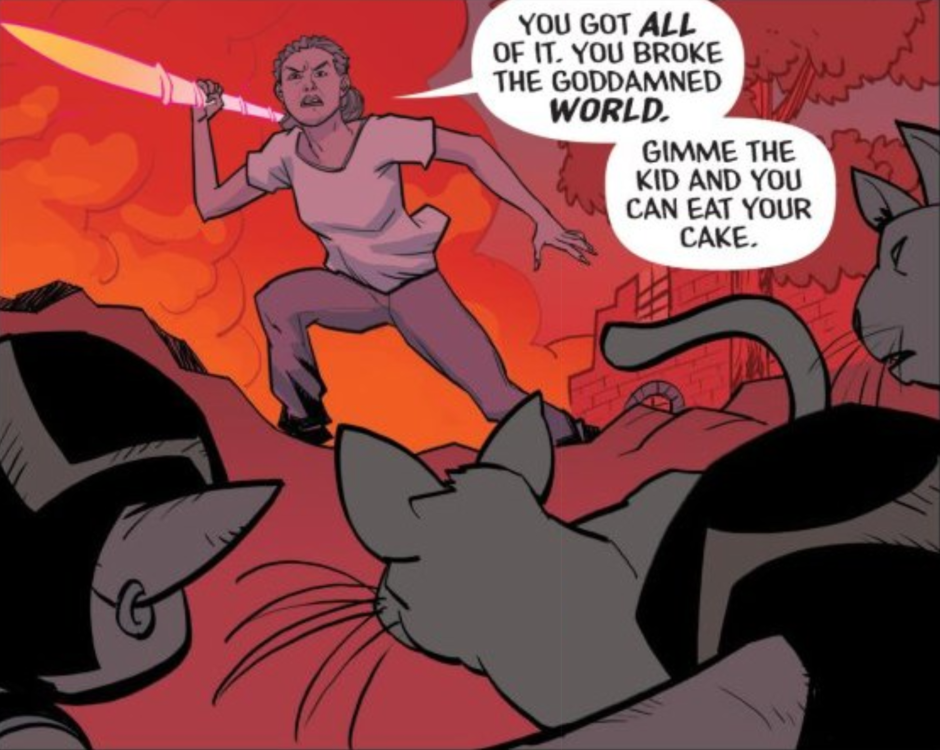 Except it isn’t. Marie Antoinette never said that. It’s easier to believe she did say it, though, because of the atmosphere in France before the French Revolution, wherein she was beheaded. Now, did cake cause the French Revolution? No, likely not, but you can convince a hungry man of a lot of things. That’s really what it seems Black Cloud is all about. It’s easy to suggest this series is timely because of Donald Trump’s rise to prominence and his ability to manipulate people’s preexisting prejudice, but the harsh reality is this story would be timely at any time in human history.

Lest I be accused of needlessly politicizing this review, I’ll note Mayor Havemeyer has been a clear allusion to Donald Trump from the very beginning. I could also note the politicization of calling out a racist, sexist, xenophobic, Islamophobic demagogue who is President of the United States is very far from “needless”, but I digress. The actions and policies of Trump and the Republican party are turning the United States into a walled garden and alienating it from the rest of the world, and civilizations avoiding that would seem to have been the whole point of this series. I mean, we literally see the new world symbolically burning like the Hindenburg over an old world it had left in tatters. Come on; this is an easy one.

For the entirety of this series, I have enjoyed the fact its protagonist is named “Zelda” because it’s just fun, but now her name is almost too perfect. Obviously, most people associate the name Zelda with the video games franchise The Legend of Zelda. Less obvious, apparently, is that Zelda is not the protagonist of that franchise. There are so many people, though, who think the character you play as is Zelda, but his name is Link. It’s so fitting for the lead character of this series to share a name with another character who is so often misidentified because people just believe what they want to believe and often don’t pay attention to objective reality. It’s the same reason things like Atlantis, Bigfoot, or the Loch Ness Monster persist.

In the end, as much as I like Black Cloud and have especially loved its artwork, it’s a flawed book. Its first five issues were all over the place and lacked narrative coherence. Even this issue, if I’m being honest, isn’t quite clear enough, but I choose to romanticize it. I see what I want to see; I’m human. I get all this shit out of this final issue, and the series as a whole, but I’m not actually sure how much of it was brought to the table by the book and how much is just me. To that end, I don’t know that I would recommend this series to someone looking for something to read, but I would love to spend an hour telling them about it. I think that’s how legends are born, right? And in the immortal words of Babe Ruth, “Heroes get remembered, but legends never die.”

Okay, so Babe Ruth probably never actually said that, but a fictional version of him did say it in the 1993 film The Sandlot, and isn’t that enough?

“So we beat on, boats against the current, borne back ceaselessly into the past.” – F. Scott Fitzgerald, The Great Gatsby.