“Don’t be the victim who drowns. Don’t sink with the rest. Be active. Rise up,… reclaim the light…and be the one who does the drowning.” 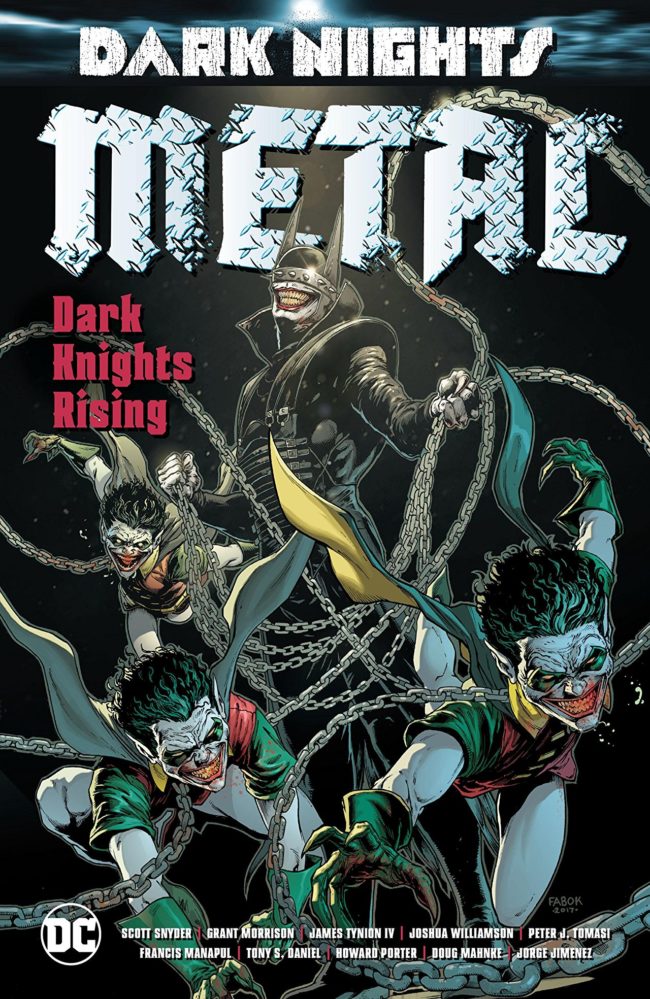 Dark Knights Rising is the ultimate in despair through prose. The dark god Barbatos goes through multiple earths, taking the spark of hopelessness that has always been a part of Batman and using his darkness and sheer will to destroy the multiverse. 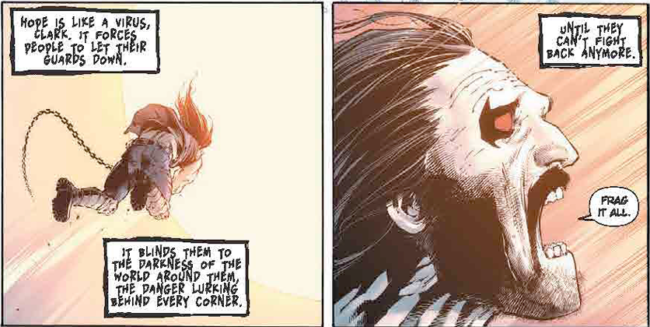 World after world is a representation of Batman the murderer and villain; no leeway given to friend nor foe. The Batman Who Laughs, The Red Death, The Devastator, The Drowned, the list goes on, all evil variations of Batman serving Barbatos in order to save their own worlds – even though they are ultimately responsible for its destruction through the darkness that Barbatos brings. 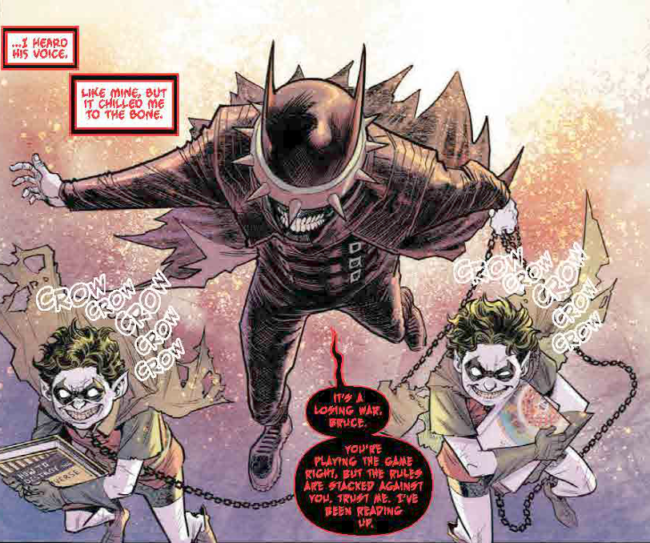 In my previous review of Dark Days: The Road to Metal, Batman was compelled to solve a mystery as old as time. That mystery is revealed to be a plot by Barbatos in Dark Knights Rising to use Batman as a portal. Basically our heroes got played. 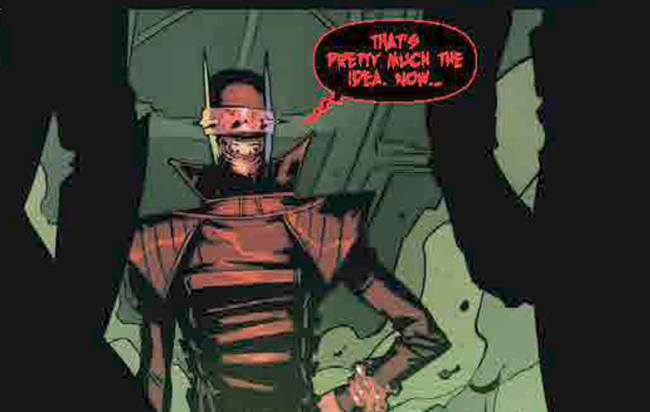 Even the Justice League is no match for them as the dark god Barbatos collects each broken and twisted Batman for his own use, and Batman at his worst is just despair on a hundred.

The art was okay; better stenciling could have been used for the text when it came to Barbatos. Still, the story is quite good and definitely a page turner.

The way Dark Knights Rising ends felt a bit hokey as Bobo the detective chimp is brought in, but I will leave my final thoughts on whether they stick the landing for the conclusion of this series.

Moji is geek who is not afraid to let her geek flag fly. She’s an avid reader of comics and every genre of fiction – yes, this includes romance novels. When her nose is not buried in books you can find her watching TV, hanging out with friends, checking out new restaurants, or whipping up new recipes as a self-proclaimed foodie.