Wondercon 2017 provided many fans previews and first looks of future titles across a myriad of publications. One of, if not the panel that garnered plenty of attention last weekend was DC’s Young Animal imprint created by musician/writer Gerard Way.

Debuting last October with a new volume of Doom Patrol (illustrated by Nick Derington), Way and his compatriots have handily crafted an engrossing and supremely unique perspective on the daily goings-on within DC’s Rebirth universe. For those unfamiliar with the new line, recall the eccentric library of DC’s Vertigo imprint during the early 90s. Now imagine if it was spearheaded by Grant Morrison and Warren Ellis at their most frenzied. In other words, Young Animal is nothing short of a four-panel fever dream. 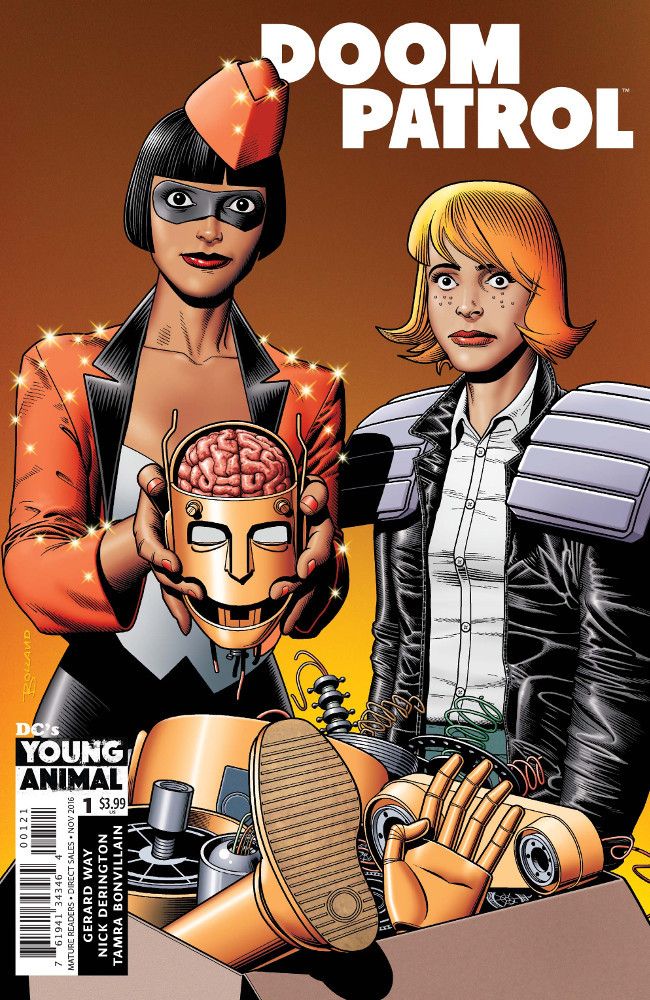 Aside from the Silver Age cult classic, Way also curated three additional titles: Cave Carson Has A Cybernetic Eye (w: Gerard Way and Jon Rivera, a: Michael Avon Oeming), a sentimental post-modern take on a pulp hero trying to find his place in a world filled with superpowers; Shade the Changing Girl (w: Cecil Castellucci, a: Marley Zarconi), a supranatural sojourn involving a young woman possessed by an alien obsessed with a old tv program; Mother Panic (w: Jody Hauser, a: Tommy Lee Edwards) follows Violet Paige, a celebutante with a dark past and a penchant for stalking the blackest corners of Gotham.

At Wondercon, Way was joined by Rivera, Hauser and Castellucci to discuss the process of getting Young Animal off the ground, their respective series’ story lines (and their character’s motivations therein) and what’s to come in the near future. All are genuinely ecstatic about the reception for their books, and after five issues of world building and adjusting readers to the idiosynchronicity of their pocket universe, most of the Young Animal books will be delving a bit further into DC’s mainstream beginning this month.

In Cave Carson, Superman and Lois Lane will make an appearance to add levity during the particularly grim resolution of the book’s first arc. Over in Shade, Loma is ready to ditch New Mexico for the excitement of Gotham. Both series will feature new back-up features; the first chapter of Cave Carson’s “The Wonderful World of Rocks” – written by Mark Russell and drawn by Benjamin Dewey – will debut in issue seven. Shade’s “Life with Honey”, scripted by Castellucci and illustrated by Chynna Clugston Flores, will begin in issue five.

Additionally, the titular Mother Panic will begin crossing paths with one of Batman’s more obscure rogues within her own series.

As for Doom Patrol, which has been inconsistent for a few months, issue six will be available this month. However, number seven will be delayed until July, due to publishing schedules. It may be well worth the wait as the one-off issue will be drawn by the legendary Mike Allred!

Speaking of, the Allreds (Lee, Mike and Laura) will helm their own Young Animal yarn titled Bug!: The Adventures of Forager. The six issue mini-series – available in print and digital May 10 – reintroduces readers to one of Jack Kirby’s oddest creations, as Forager acquaints himself with bevy of quirky characters inside a house within another dimension. They all must come together to stop the malicious General Electric from acquiring a metal that could alter reality! 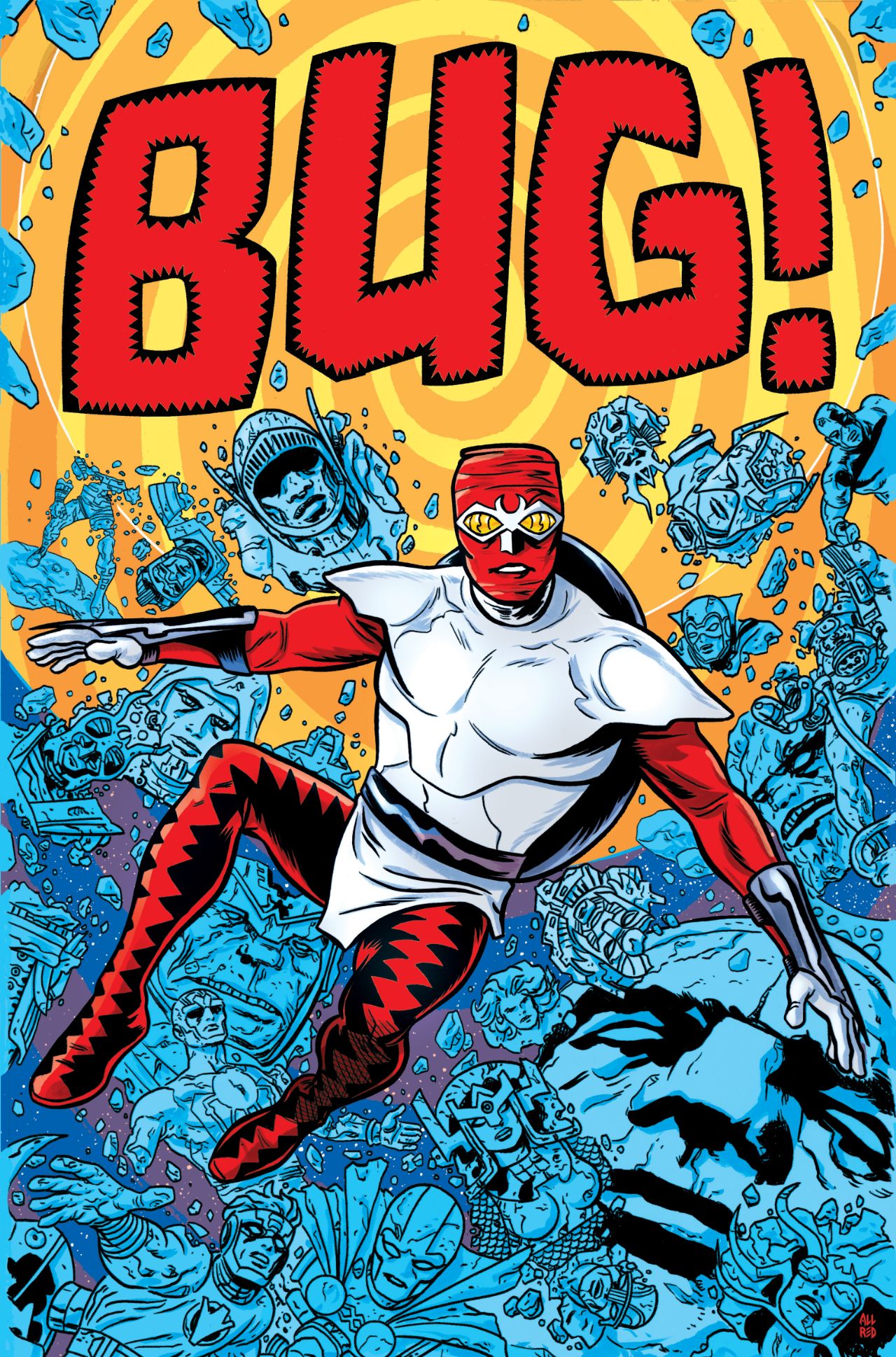 The panel also confirmed the first arcs of every Young Animal series will be available as trades beginning in June. Lastly, Young Animal may participate in Record Store Day (April 22) with Way cutting an album to promote his fledgling imprint. So far DC and Way’s ambitious collaboration has been a satisfying experiment. If anything were to be gained from each series, Young Animal exposes readers to unfamiliar yet accomplished creators that thrive in the colorful and bizarre. It’ll be intriguing to see how Young Animal develops among DC’s prolific – and ever-changing – publishing umbrella in the coming months as the imprint provides an avenue of imagination seldom encouraged within the Big Two.