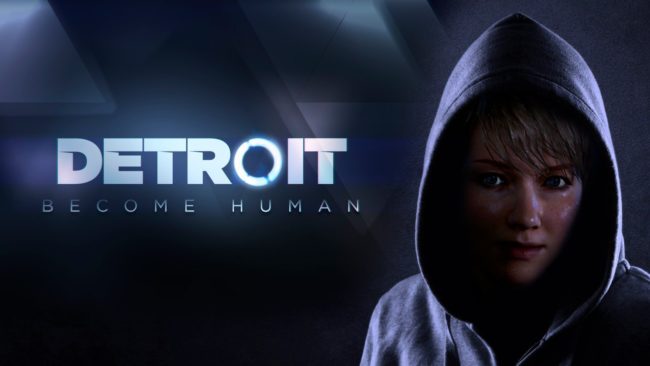 Detroit: Become Human is an adventure game that is more narrative story than action. Starring hundreds of real-life actors supported by a new game engine, the characters are stunningly rendered — especially when played on the PS4 Pro. Those who are familiar with developer Quantic Dream and director David Cage will be well acquainted with the heavy dialogue and story driven gameplay. Those who have never experienced any of their previous work such as the game Heavy Rain or the short film Kara can look to Telltale Games titles such as The Walking Dead or The Wolf Among Us for a gameplay comparison.

Overall, Detroit: Become Human puts the players in the shoes of Conner, Markus, and returning from the short film, Kara. Each of whom are androids in the near future, who are faced with the questions of what it really means to be human. Players that are fans of the HBO series Westworld will find some of the same philosophical questions behind the show are also relevant here. The challenge in Detroit: Become Human is based on choices. In both of my play throughs, each lasting roughly 10 hours, I found myself second-guessing each of my choices. The possibility of getting one of my characters or someone close to them killed as a result of my choices always seemed to exist. This expectation is set by the tutorial sequence which made it very clear that I could end up permanently killing off a character by making the “wrong” choice. 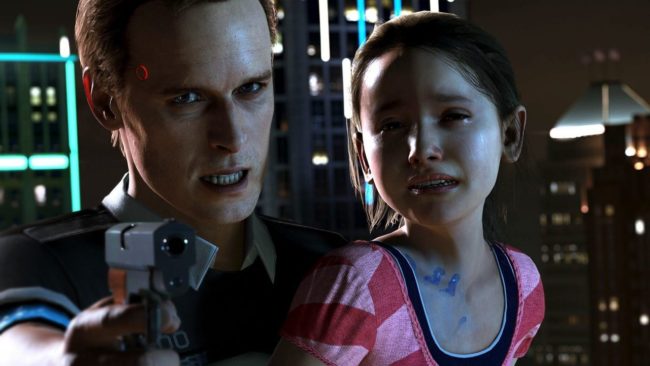 Instead of Detroit: Become Human, you might be inclined to call this title Social Justice: The Video Game. The heavy dialogue does not subtlety represent Detroit: Become Human’s themes of racial and social equality, but enthusiastically thrusts the themes in the player’s face repeatedly. But while that criticism is accurate, I cannot for certain say this storytelling method was unnecessary. Looking at the social-political climate of today, it is important that our art reflect what we inherently should see as right and wrong as well as be a representation of our current state of affairs. Regardless of how heavy-handed it may feel, Detroit: Become Human demonstrates how sometimes human beings aren’t shit, and how irrational, selfish, and dangerous we can be, especially to the people and things we feel are not worthy of our respect.

At the end of each section of gameplay, the player is shown the series of branching paths that exist as well as the path the player takes based on their choices. This is incredibly beneficial because it demonstrates that the choices matter and that the game is worth replaying to see the different occurrences. After playing the story more than once, I can attest that the choices matter a great deal, and Kara, Conner, and Markus can be much different based on what decisions the player makes for them.

If anyone ever questions if video games are an art form I will use Detroit: Become Human as a response. While the game is far from perfect, it is beautiful in many ways. I have already stated how realistic the graphics are, but until you see Markus being a complete graphical representation of actor Jesse Williams, and see him interact with people on city streets, it might not hit home. As graphical capabilities have improved, video games look more and more like movies. Detroit: Become Human almost feels like a movie at times, which is both a positive and negative. It’s a positive when you listen to the soundtrack and understand that each character’s soundtrack is produced by a different composer. It’s a negative when you spend too much time watching the game instead of playing it yourself. 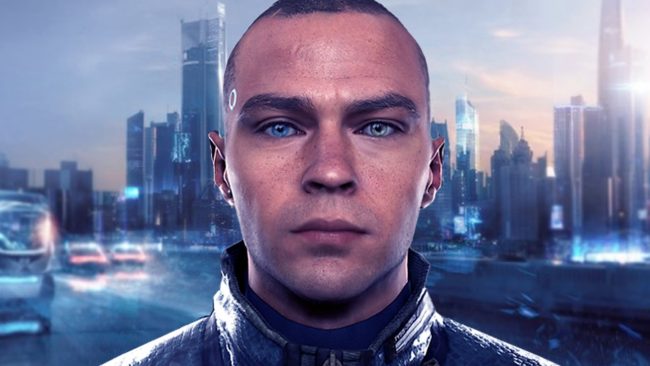 Despite its flaws, Detroit: Become Human is a beautiful work of art and an effective social commentary. And while this game likely won’t appeal to the majority of consumers, games like this are good for the culture and necessary. It is a welcome experience when, behind the action we experience in a game, some the game actually wants to tell us something. Whether you appreciate what Detroit: Become Human is saying or appreciate how it is said is up to you as a player. As a reviewer, and lifelong fan of this medium, I would say the most important thing is to appreciate Quantic Dream for trying to say it.