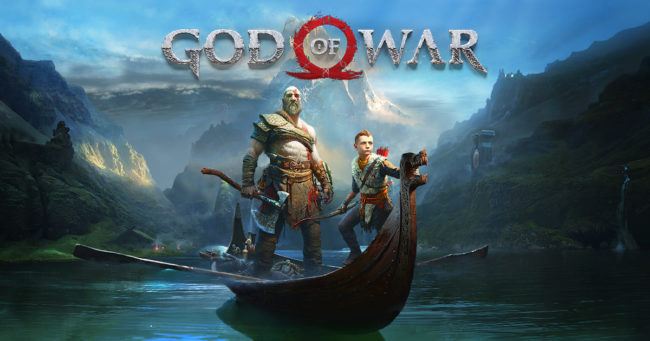 Those familiar with the God of War franchise likely view Kratos as a one-dimensional character who is hell-bent on revenge. In this new installment, Kratos is a husband whose wife has just passed away, and a father, who has a poor relationship with his son, Atreus. The two characters Kratos and Atreus are on a journey to satisfy the final wishes of their wife and mother, respectively. This journey is remarkably displayed through a single-camera focus which never changes unless Kratos dies. The journey is a departure from the Greek mythology of Kratos’ past and into Norse mythology; the game does a tremendous job of introducing players to a new set of primary and secondary characters as well as villains.

God of War is likely as pseudo-realistic as you can find in a video game in 2018, when Kratos is hurt by an enemy it’s obvious in his appearance. When enemies are damaged you can see evidence of your attacks. The seas, the mountains, and all the other landscapes in the game are represented beautifully and everything serves a purpose. Peaking down from a high position allows the player to see places that they have already journeyed through or even places they have yet to discover. The large open-world and multi-dimensional scale makes for a high replay value not usually seen in single-player games. 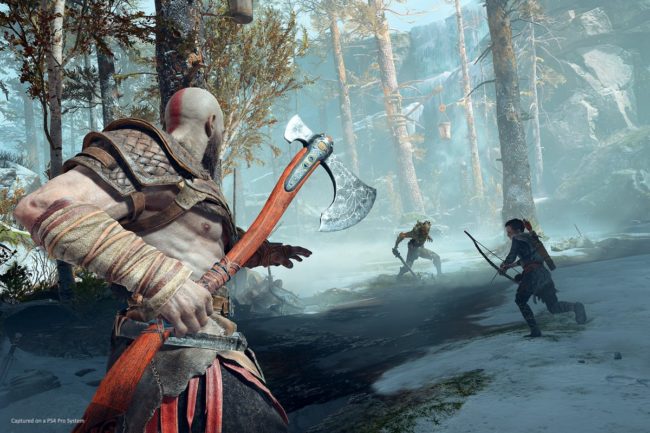 God of War makes it clear in the first few moments that Kratos has not been an attentive father. His relationship with his son Atreus is weak, and is evermore strained by the passing of the family matriarch. Throughout the game, Kratos and Atreus build trust in one another as the son begins to live up to the father’s expectations, and the father takes the initiative to relate to his son. In doing this, God of War provides some of the best character growth ever seen in a video game. It is both exciting and sentimental to witness Atreus go from a frightened child to a supportive ally.

In gameplay, Atreus operates automatically giving hints to help the player figure out clues. His knowledge is made sensible due to Kratos’ limited understanding of the Norse gods and complete lack of comprehension of their languages. Atreus translates and explains details that are important for the player to know during the journey. In combat, Atreus is a near invincible ally who will attack enemies; players can command him to shoot arrows at opponents that can both damage an enemy or create a distraction. 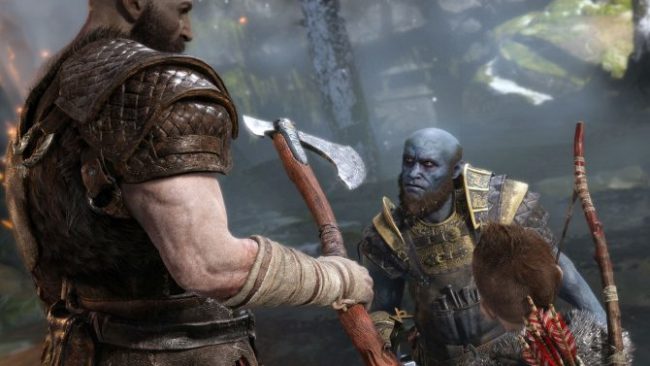 Power of a God

Despite the game starring an older Kratos and the inclusion of his child as a supporting character, combat in God of War still feels familiar. The famous Blades of Chaos from previous titles have been replaced by the Leviathan Axe. The Leviathan Axe can be used to slaughter enemies and can be tossed and retrieved much like Thor’s hammer in Marvel Comics and the Marvel Cinematic Universe. The Axe can be upgraded and so can Atreus’ bow and arrow. Each character can also upgrade their clothing and armor to add new skills. The axe often feels like a character in itself with its ties to Kratos’ wife and a few other characters in the game. There is a lot to unpack in this game, and many of the supporting characters steal the show, but I’ll avoid explaining too much of that so that there are no spoilers. 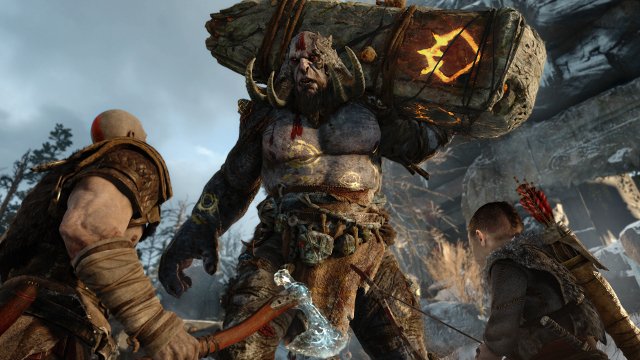 With its gorgeous open world, large array of things to do, visceral combat, and engaging story, God of War is not only a vast improvement on the original formula, it is unanimously one of the greatest video games of all time. Every piece, every spoken word, and every intricate detail of God of War, sews a masterpiece that will keep players coming back, even after they finish the roughly 25-hour campaign. God of War is a game that everyone should play, even if this isn’t your favorite video game genre.