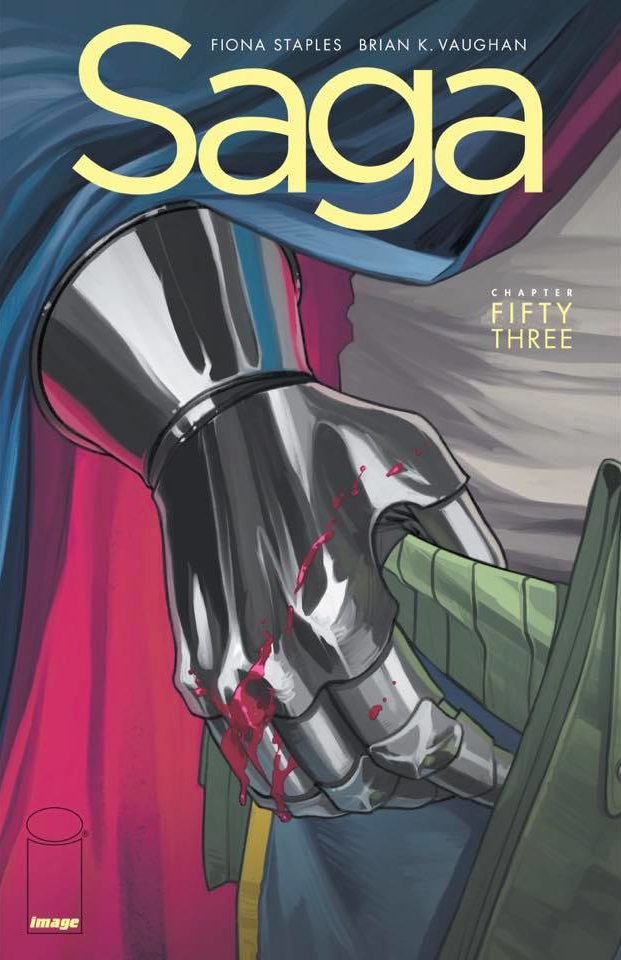 Welp. Everything is terrible. And it’s still not over.

Let’s start with the least depressing development. Special Agent Gale approaches Upsher and Doff’s editor and shows him a sex tape of the couple to turn him off their story. He also reveals that the witness who confessed the collusion to the prostitute recanted and then killed himself. At first, the editor believes this is all a coverup (it is), but seems to accept the evidence eventually.

Meanwhile, Petrichor and Ghüs find Doff’s body and come to the conclusion that they’re no longer alone. His murderer, Ianthe, holds a gun to Squire’s head and demands that Upsher and Hazel tell her where the others are, but Alana flies in to help before any can get hurt. Unfortunately, Alana’s wing is clipped by one of Ianthe’s shots just as Squire pushes her arm. Upsher fires one of the mushroom flares into Ianthe’s face and a struggle between the two ends with Ianthe bleeding out from one of her own bullets. She taunts Upsher with the news that she killed Doff, and tries to goad him into killing her. 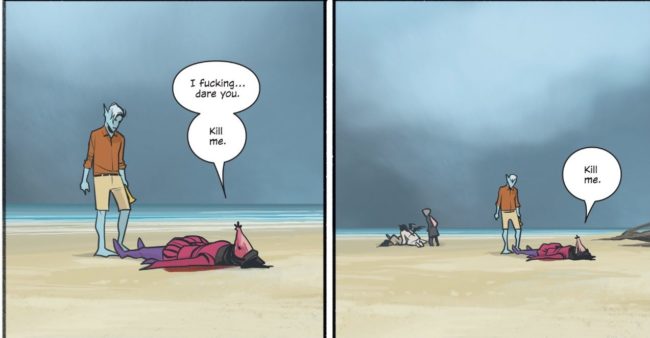 Finally, oh finally, Marko finds The Will and Prince Robot IV just as the royal is offering up Hazel in exchange for his and Squire’s freedom. Despite that, Marko offers up himself. He’ll go with The Will if he’ll let Prince Robot go unharmed. This would be a huge get for the freelancer and cement his return to the profession that rejected him, but his pain over losing The Stalk is too strong. He passes on Marko’s deal and rips off Prince Robot IV’s head.

So, to recap: the story that might have ended the war has been squashed — it was also going to provide a fresh start for the unlikely family of Prince Robot IV, Petrichor, and Squire; Doff is dead; Alana’s injured; and Prince Robot IV has been decapitated. The only bright spot is that this isn’t the final issue of the arc before the series goes on hiatus, so we won’t have to wait months to find out the immediate fallout from these events.

Nina Perez is the founder of Project Fandom. She is also the author of a YA series of books, “The Twin Prophecies,” and a collection of essays titled, “Blog It Out, B*tch.” Her latest books, a contemporary romance 6-book series titled Sharing Space, are now available on Amazon.com for Kindle download. She has a degree in journalism, works in social media, lives in Portland, Oregon, and loves Idris Elba. When not watching massive amounts of British television or writing, she is sketching plans to build her very own TARDIS. She watches more television than anyone you know and she’s totally fine with that.
Contact: WebsiteFacebook