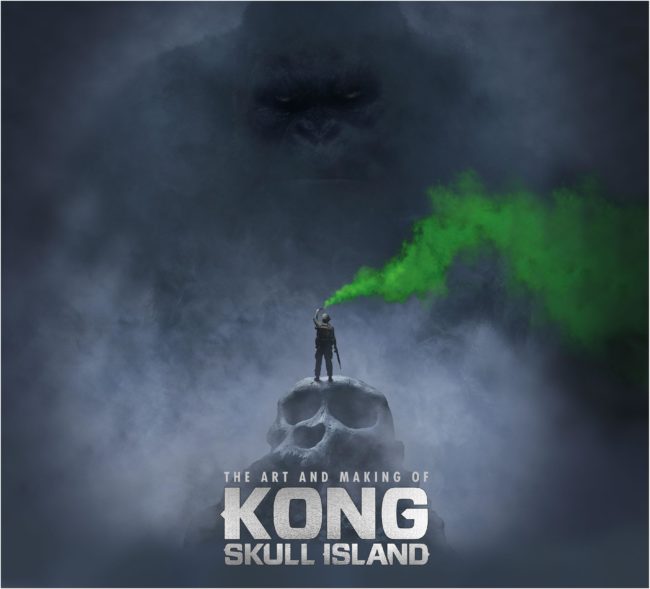 King Kong is an iconic film that has been remade, reworked, and revisited several times over the past 85 years. What made Legendary Films decide to bring the legendary creature back to the big screen? That was the question director Jordan Vogt-Roberts had in 2013 when he was first approached to direct this new chapter in Kong’s saga. Legendary Pictures was looking for new take on the classic anti-hero and Vogt-Roberts was the person to do it. In the end, his vision was inspired by the myth of Kong and the chaos engulfing the world during the time of the Vietnam War; men and women thrust into a situation none of them could ever imagine or even be prepared for. His initial vision included a fiery sky filled with silhouettes of helicopters and their target, Kong, towering in the distance. This image set the tone and direction for the film. 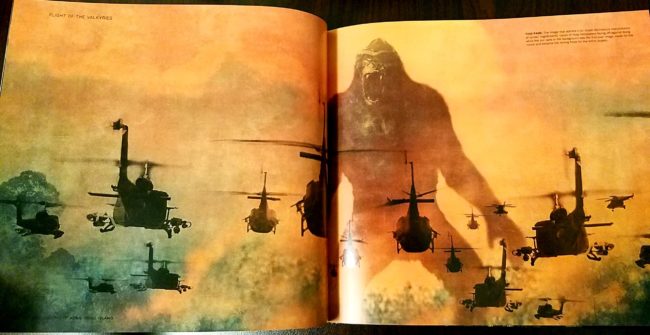 The Art and Making of Kong: Skull Island takes you into the mind of the director, writers, and other creatives involved in bringing the new Kong to the screen. Vogt-Roberts enlisted the talents of anime artists and video game creators to bring his story boards to life. Considering the feel of the other creatures in the film, this approach makes complete sense. There was something a little too real, a little too feasible about the critters on film. 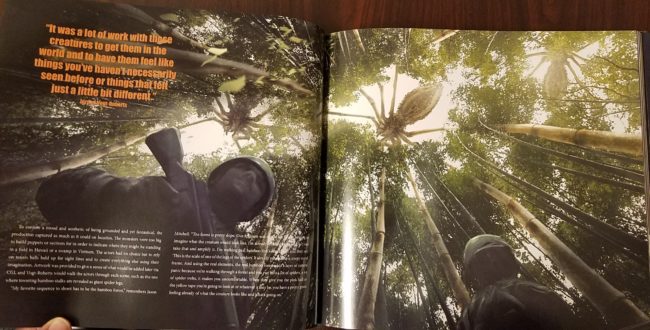 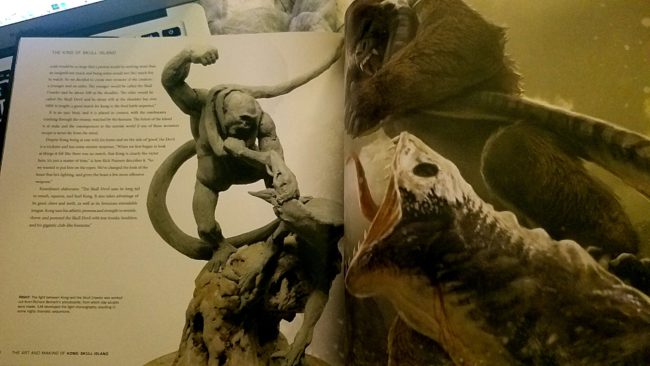 The movie’s location is set in Vietnam and the team spent a year figuring out where and how they would film these epic scenes. The costuming team took painstaking efforts to maintain authenticity in the look of the Vietnam era uniforms, purchasing helmets from veteran pilots and tasking the actors with creating their own backstories as well as the personal embellishments to add to their helmets and uniforms. 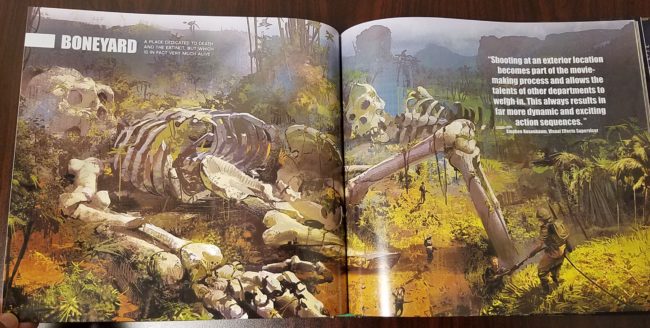 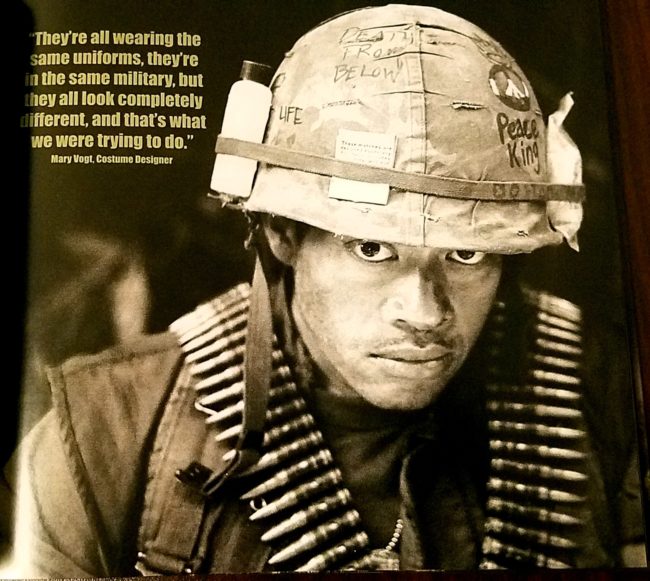 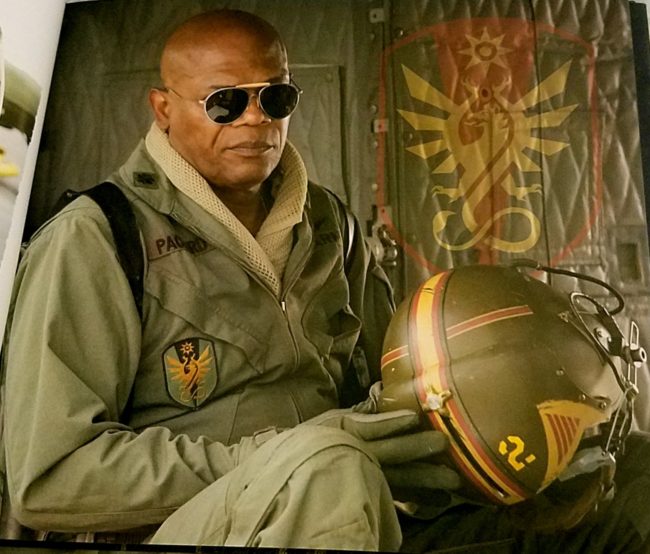 The book is filled with more art than behind the scenes images and the reader is all the better for it. In a film loaded with CGI, there would be little interest in seeing Tom Hiddleston and Brie Larsen staring at a tennis ball attached to a tether. The Art and Making of Kong: Skull Island brings page after glossy, colorful page of beautifully detailed photos, sketches, and a few interviews. A great coffee table book, you don’t have to be a fan of the film to appreciate the work that took Skull Island from concept to the big screen. Simon Ward and Titan Books put together a great companion to the movie.

The Art and Making of Kong Skull Island Review Score

The Art and Making of Kong: Skull Island