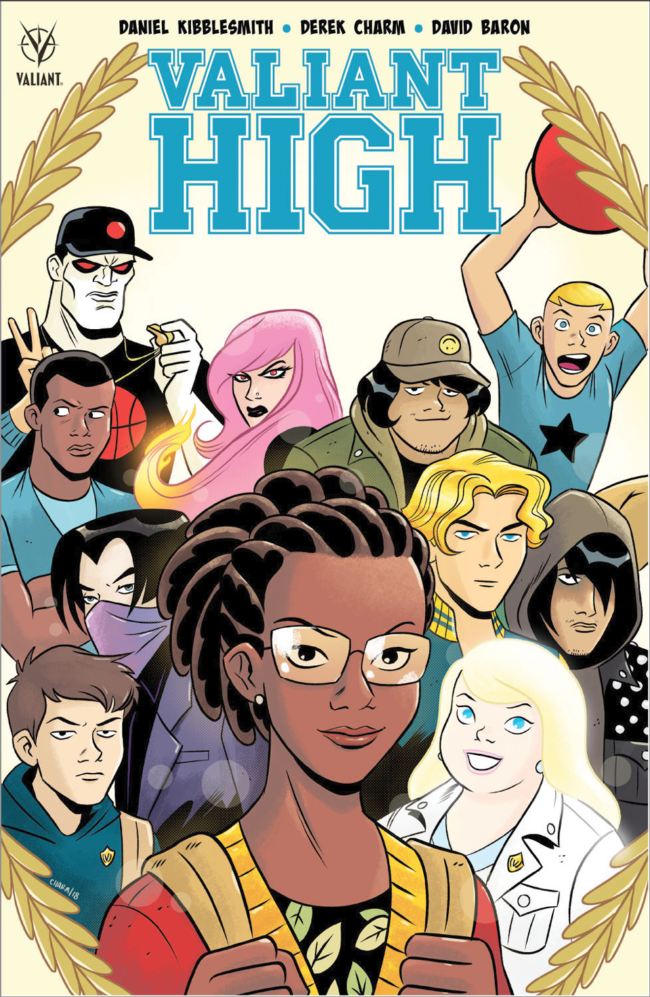 “Valiant High” is a refreshing take on a story that’s been told many times: super-powered teenagers attending a prep school trying to figure it all out. Of course, this is a comic book so villains eventually show up requiring teamwork from the kids. Its kind of hard to take a spirit that looks like an octopus seriously as a villain, but it still works. 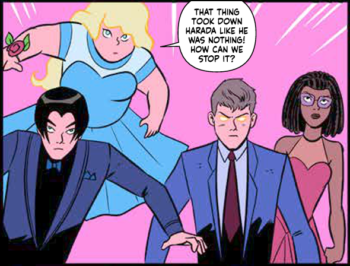 The teens are a bunch of Valiant comic book heroes before they grow up. We’ve got our protagonist, Livewire a.k.a Amanda McKee, whose power is being able to talk to machines and her best friend Zephyr a.k.a Faith, who flies. Among the other students are jocks who aren’t all douches, the immortal who wants to protect the school, and the random new kids whose origins are ambiguous and serve as a reminder as to why it doesn’t even matter.

There are moments when the story is self aware, but naturally and effortlessly so. Like the moment Amanda kisses a jock she likes without his permission and both acknowledge it, and the newly boo’d up lesbian couple pointing out Faith calling them cute is problematic, but also acknowledging that they are, in fact, cute.

The villain wants to destroy the school and its principal, who looks like Jimmy Smits; so much so, I’m wondering if he was the inspiration for the artist/writer.

The reigning theme throughout “Valiant High” is that making it out of high school is a feat that takes a bit of determination and no one is ever going to feel 100% secure. Its messages can resonate with both young and older readers. You also don’t have to be familiar with this universe to start reading and the artwork does a great job in drawing you in.

Moji is geek who is not afraid to let her geek flag fly. She’s an avid reader of comics and every genre of fiction – yes, this includes romance novels. When her nose is not buried in books you can find her watching TV, hanging out with friends, checking out new restaurants, or whipping up new recipes as a self-proclaimed foodie.