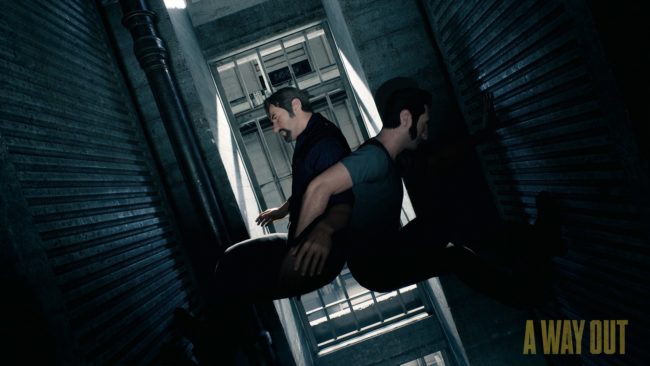 Electronic Arts (EA) is most known for its major blockbusters Mass Effect, Madden, and Dragon Age. Very rarely does EA produce a title that provides both quality graphical experiences as well as gameplay that is worthy of critical acclaim. Many video game enthusiasts avoid Electronic Arts games and view them as “The Worst Company in America”, an award bestowed upon them by The Consumerist on more than one occasion. While it is not safe to say that things are changing for Electronic Arts, I can enthusiastically report that A Way Out is a step in a positive direction for the publisher.

A Way Out is produced by Electronic Arts, but is developed by Hazelight Studios, the team behind 2013’s critically acclaimed and redundantly titled, Brothers: A Tale of Two Sons. Much like “Brothers”, gameplay in A Way Out is focused on a cooperative experience. But while Brothers: A Tale of Two Sons allowed the player to manipulate two characters with different abilities to solve puzzles, A Way Out forces two players to work together to resolve a number of puzzles, with much of the focus being on getting out of prison.

One might go as far renaming A Way Out to “Prison Break: The Game”, but the cinematic experience that Hazelight provides for the players is much more than that, and it won’t take multiple seasons to see daylight. From the start of the game, players are required to either find a person to play with them in their own home via “couch co-op” or invite a friend to play online. This is a novel experience in 2018. Local/couch co-op games have become an endangered species of sorts; usually if you want to play a game with a friend, they have to have their own console, a copy of the game, and an internet service. Not only does A Way Out take players back to the roots of the game console experience by letting us play with friends, it goes a step further with its Free-Trial system. Put simply, if you have a copy of A Way Out and want to play online, you have to invite a friend to play via Xbox Live or Playstation Network. What makes A Way Out unique is that your friend can play with you, even if they do not have a copy of the game, they only need to sign up for a free-trial and they can enjoy the entire game with you. One can only hope that Free Trial players decide to purchase the game on their own so that they can share the experience with others.

On top of A Way Out’s impressive graphics and cooperative gameplay is a story that is truly engaging. Players choose between two characters –  Vincent, a criminal strategist and Leo, who is more of a rough and tumble character. Each character has a score to settle with another associate, and each character finds himself in prison, trying to get out and be with their respective family members. 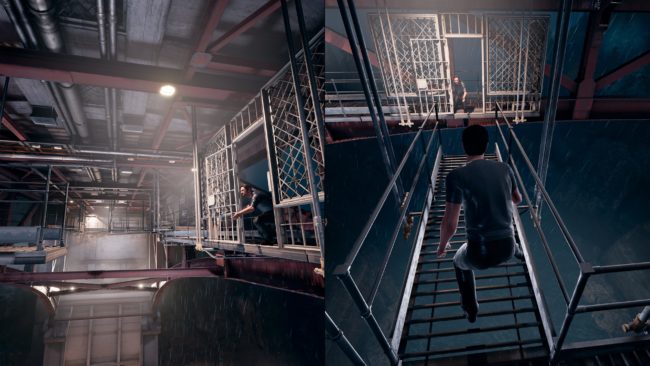 I could continue to go on musing about how fun this game is, or how good it is to be able to play a game with a friend that is sitting on the couch next to me, but I need to make it clear that there are some drawbacks to A Way Out in both gameplay design and performance. While I’m sure everyone will appreciate the fact that you can play the game in local multiplayer, or invite a friend to play for free, there is absolutely no way to play A Way Out as a single player experience. That’s the negative aspect of Hazelight’s gameplay choice; this game would have been much better if there was an option to have one of the characters controlled by AI.

In terms of performance, A Way Out sometimes stammers or lags and that’s while playing on the uber-powerful Xbox One X and with a 400+ mbps connection.

Despite those drawbacks, A Way Out is still a game worth experiencing, and with its introductory sales price being under $30, it’s a game that is certainly worth the financial investment. After completing A Way Out there is not much reason to go back and play again, because you likely won’t be discovering anything you overlooked in your first play-through, but the game concept and the ability to share it with others increases its re-playability. One could almost look at A Way Out as a video game novelty act. This game is solid example of what video games can be when a creative developer gets the financial support of a major publisher.

Hopefully, EA continues to deliver these types of experiences and publishes more games from Hazelight.

A Way Out Review Score