In what turned out to be the series’ most gruesome issue, Infidel concluded with a finale that brought tears to my eyes for a multitude of reasons, not the least of which is how honest this series ultimately is about our problems. 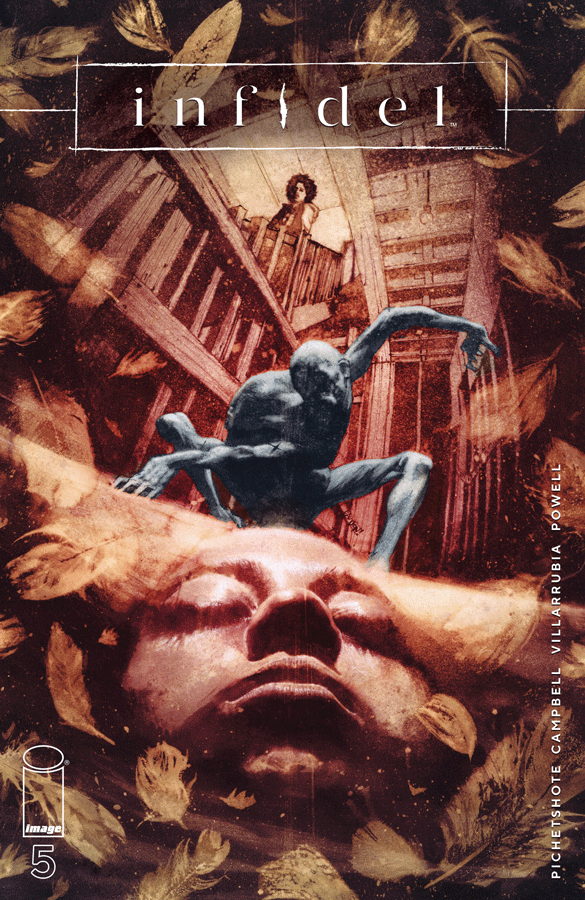 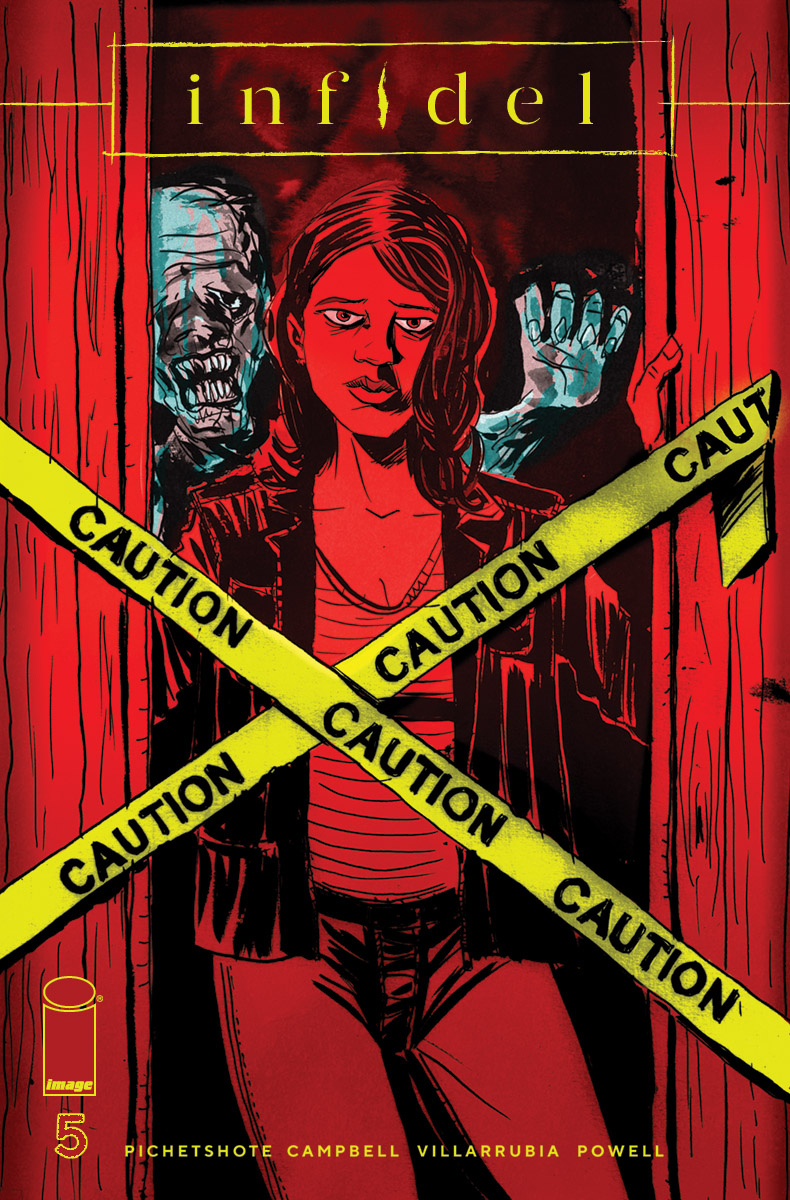 “Those who live in glass houses should not throw stones” is a proverb I’m sure you’ve heard. It means don’t criticize people for their faults because you also have faults. It’s always said in this sort of nebulous fashion, though, right? People reference it and then proceed to ignore it. Its use is rhetorical, and nobody really addresses why that is. Infidel does, and it does so as well as you’re bound to ever see.

People ignore the moral of the “glass houses” aphorism because of belief; they believe the faults of others while not believing their own. Often, this is fueled by prejudice; be it racial, religious, or otherwise: people allow prejudice to distort their perspective. Here, prejudice allowed a glass menagerie of residents to spend five issues hurling stone-after-stone through their apartment building. 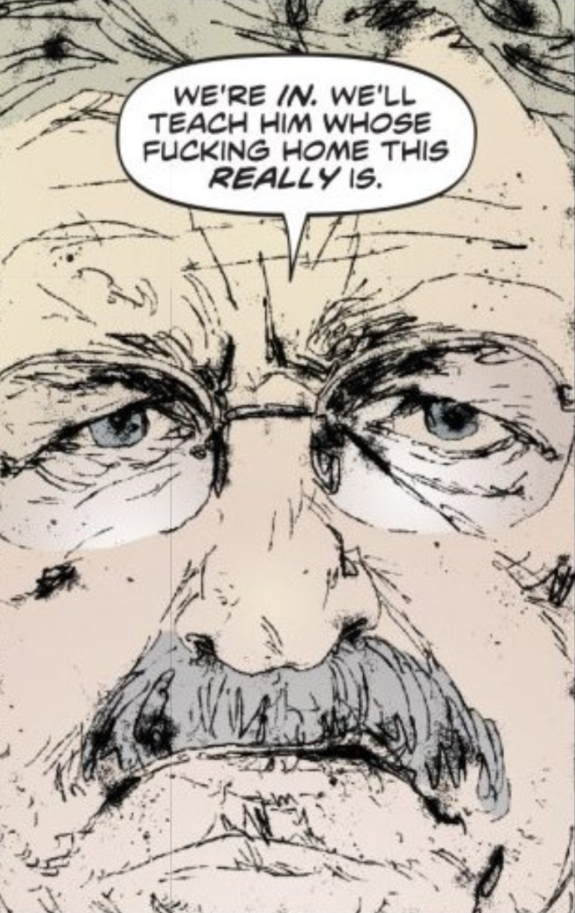 Infidel, for the entirety of its five-issue run, represented this prejudice in these tangible entities haunting its characters. The beautiful, and simultaneously demoralizing, thing about this finale is in its flashback. We go back to the time before the first “terrorist attack” we’ve heard so much about for four issues. You know what we witness? Prejudice. A group of white residents talking about the Muslim man who used to live in apartment 3D, but that’s not all. We also hear about how they and people they know have lost jobs because they’re “white” or because of “PC culture”. There’s no introspection, no self-reflection, no considering my faults; it’s just “their fault”.

You know what’s not present in this flashback? The entities. I’m getting a little extra spoilery here, but I’m alright with that because this review is coming out over week after the issue was released. The entities aren’t present in the flashback because, as we learn, the entity was born during that explosion; it is the spirit of one of the prejudiced residents who died. I say this is as beautiful as it is demoralizing because it’s a stark reminder of what the series has been telling us all along: prejudice is not a tangible entity. Hate is not a being you can see and touch. This is not a monster story; there’s no actual way to face off against a singular entity and defeat bigotry. Prejudice is an idea, and as V from V for Vendetta will remind you, ideas are bulletproof.

That’s bleak, I know. The writer of this series, Pornsak Pichetshote, knows that, too. He must, since this issue includes the dispiriting line “The world’s so much uglier than we want to think, and we’ve no idea what to do about it.” That’s true, and it’s honesty we need to hear. We have to believe in all our faults if we want to have any chance of addressing them.

To that end, the series does well to not limit itself. It addressed prejudice in all its forms. Both Tom and Aisha believe the worst about their own mothers, Medina believed the worst about her boyfriend, Ethan and Reynolds believed the worst about a guy who ended up helping them; all of this feeds into the growing idea of prejudice, until it becomes an ouroboros of hate fueling hate. We all live in glass houses, and no amount of curtains will hide that fact.

Overall, Infidel is a wonderful series illustrating all these things and more. Speaking of illustrations, I cannot get out of here without applauding the art from Aaron Campbell and coloring from José Villarrubia. Throughout the series, this team-along with letterer and designer Jeff Powell-did such an amazing job. They say a picture is worth a thousand words, and the artwork here turned a five-issue series into a novel. It’s such a visual feast, and it’s horrifying all the same. This issue, especially, contains a lot of terrifying visuals, both of the entities and of very real carnage. This series is certainly not for the squeamish, but even with all the frightening art on display, the most sickening aspect of Infidel is in closing the book and still seeing the monsters it has shown you exist in your everyday life.