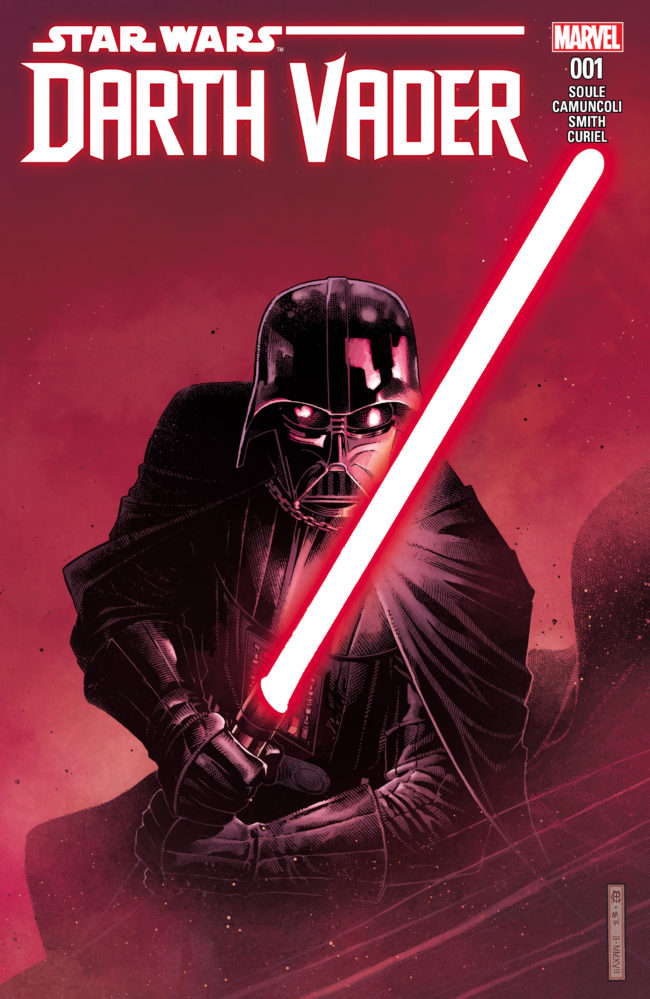 The Dark Lord of the Sith is back and he’s badder than ever.

After his stellar 25-issue solo series by Kieron Gillen and Salvador Larocca, the Jedi formerly known as Anakin Skywalker has reemerged as a foreboding presence in the new canon. This June, Marvel and Lucasfilm Ltd. will release a new ongoing series that features the rage-filled Vader we witnessed in Rogue One. Gone is any hope for redemption as Vader explores the dark powers he acquired in becoming the galaxy’s newest Sith Lord.

Whereas the first exciting volume of the series chronicled Vader’s dogged pursuit of Rebel forces after the events of A New Hope – and his tenuous partnership with genius/scoundrel Dr. Aphra – the second volume will provide readers deeper insight in the foundation of the Galactic Empire. Set days after Revenge of the Sith, Darth Vader promises to flesh out the systematic conquest of the universe by Sheev Palpatine and the fallout therein.

Filling in the details of this ever-expanding saga is Charles Soule (Death of Wolverine, Daredevil, Astonishing X-Men). Currently writing the early adventures of Poe Dameron, Soule has plenty of experience in converting the thrill and whimsy we associate with the Episodes into our beloved sequential medium. Practically any question you’ve had since the end of the prequels – and other issues you hadn’t even pondered – will be addressed. How and where did Vader construct his signature red lightsaber? What was the aftermath of Order 66? Who was directly responsible for the Inquisitor program? All will be revealed!

Based on his statement, series editor Jordan D. White cannot wait for readers to get their hands on the series this summer:

“I was blown away by some of the stuff we plan to show in this series…and I think readers will be, too—from hardcore Star Wars fanatics to those who want to see more of that deadly threat from the end of Rogue One.  Charles has an evil streak in him that readers might have seen whenever he’s written Palpatine in the past. Now, that comes front and center.”

The hype for Darth Vader, as they say, is real.

Add to the fact that fan-favorite Giuseppe Camuncoli will be providing interiors and the second volume will assuredly be impressive… most impressive. The first issue of Marvel’s Darth Vader will be available in print and digital this June!