Those familiar with the original State of Decay were probably really excited about this sequel, and those who never played the original might wonder what the fuss is and contemplate if this game is for them. For the uninitiated, the original State of Decay is a survival/resource management game, but with zombies thrown in to add to the challenge. Much of the gameplay is spent gathering essentials like food, building materials, and fuel while looking over your shoulder for attacks from zombies. If this sounds like a video game version of The Walking Dead, then that’s pretty much exactly what State of Decay is. State of Decay 2 improves on the original formula by adding a new type of zombie for some variation, showcasing new graphics, and adding multiplayer.

Overall, State of Decay 2 successfully surpasses the original. The graphics have been drastically improved and the ability to join in with friends via Xbox Live is fun (when it works). The most exciting times I had playing State of Decay 2 were when I had 3 friends playing with me, searching for supplies or attacking zombie hordes. Helping your friends through difficult tasks also becomes beneficial for you in your own saved game, which is a nice gameplay feature. Just like the multiplayer feature, almost everything in State of Decay 2 is well thought out. Zombies are more aggressive at night, hordes pass through at various times and often do so when one or more of your community members are away from the base, and battling humans can become more dangerous than a pack of zombies. Combat in State of Decay 2 is great; smashing heads with a melee weapon, or shooting heads off will keep you playing for awhile because there is sheer gratification in slicing a zombie’s head off its shoulders. If you love The Walking Dead television show or at least enjoyed it when it was good, you will appreciate what State of Decay 2 has to offer. 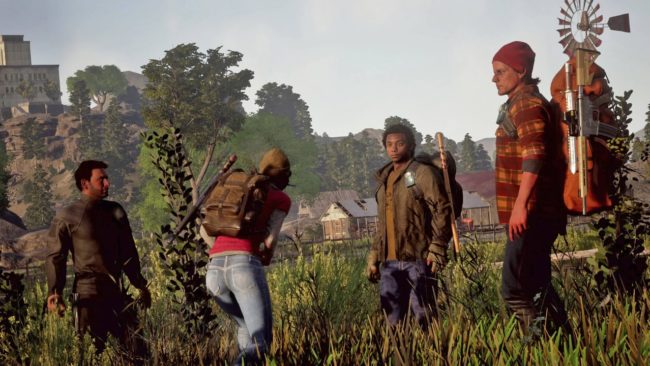 While State of the Decay 2 provides some great combat and it can be fun to search for supplies and smash heads for a time, the gameplay in State of Decay 2 can get old relatively fast. The requirements necessary to keep your community happy and maintain relationships with other communities can become tedious, and finding the same items repeatedly can become a chore. What State of Decay 2 is missing is a solid campaign. While the game adds some campaign elements at the beginning and through various parts of the game, State of Decay 2 never really feels like a story. Often times it feels like playing a new version of The Sims with all of the resource and community management, and while The Sims games are a fun sandbox to tell your own stories, this is not what most players will want from State of Decay 2. Along with the core gameplay, the mission structure is also far too repetitive, and the bases that you can establish and inhabit rarely have enough space for you to add all of the items you want to build. 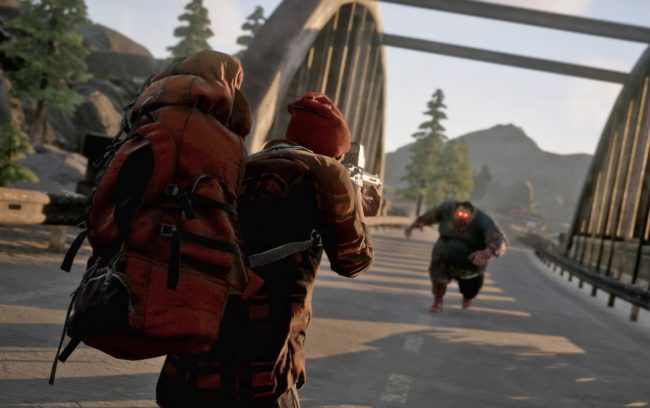 State of the Union

Players will find that State of Decay 2 is a mixed bag. Overall, most will enjoy the game for a while and then put it down to play other more engaging titles. Some will completely buy into the resource management gameplay and smash zombies until their hearts are content. But while those people that buy into State of Decay 2 will say they enjoy the game; everyone will be able to admit that there are a number of opportunities for improvement via an update or a sequel. It is those opportunities for improvement that keep State of Decay 2 from being a truly great game. But that does not mean interested players should not give it a shot. In my opinion, if you haven’t suffered from zombie fatigue due to all the zombies in television, movies, and video games, you should definitely try State of Decay 2.