New York Comic Con 2018 is just a few short days away. The 4-day geekstravaganza will take place October 4th-7th at the Javits Center. Throngs of con-goers will flood the streets and subways of New York City to attend the east coast’s premier fan convention. As a veteran NYCC attendee (5 years and counting), this con is my geek Mardi Gras, minus the beads and beignets. I’ve witnessed the evolution of the con and its programming, and each year it gets better and better.

This year the crew at ReedPOP has their work cut out for them with diminished space due to ongoing renovations at Javits Center, but with a growing attendance they have had to get creative with using additional venues to host panels and con events — this includes the use of the Hammerstein Ballroom, Madison Square Garden, and Hudson Mercantile. NYCC will also stream several panels using the service Twitch, which is available via a mobile app, tablet, or home computer, and SYFY Wire. You can check out the NYCC streaming schedule here.

NYCC has tons of programming to meet any of your geek needs, these are just a few of the events we are looking forward to seeing:

Netflix has a full schedule of panels and guest appearances. The panel Marvel’s Daredevil is one of the most highly anticipated events at NYCC, as the show returns for its 3rd season on Friday, October 19, 2018. This year Netflix has also dedicated a two-hour preview event called Netflix & Chills. This panel will highlight their new fantasy and horror offerings like The Umbrella Academy, The Haunting of Hill House, The Dark Crystal: The Age of Resistance, and Chilling Adventures of Sabrina.

Some new programming we’re looking forward to this year is The Studio @ NYCC hosted by Entertainment Weekly and MPAA. The Studio @ NYCC is an offsite series free to all badge holders and offers more intimate setting for conversations with actors, directors, screenwriters and the like. Stars like Sophie Turner (Game of Thrones and Black Phoenix), Taika Watiti (Thor: Ragnarok), and Justin Cronin (The Passage) are scheduled to appear to discuss their upcoming projects and engage with the smaller audience. 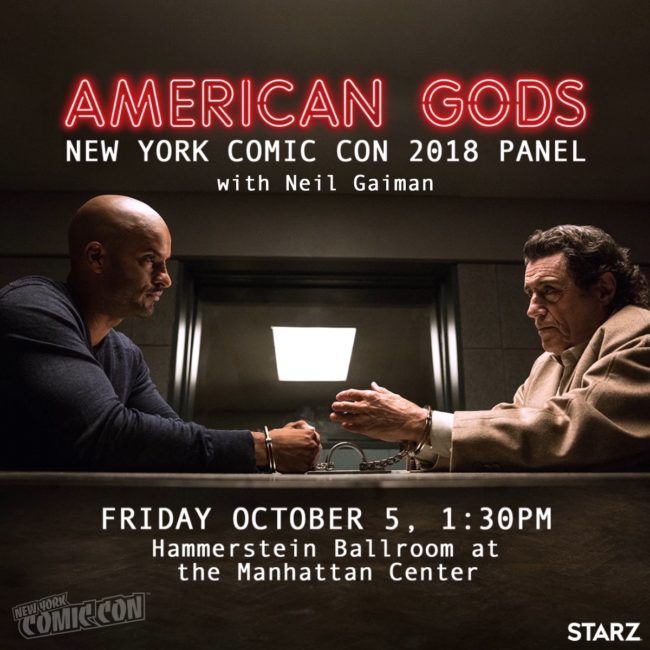 Neil Gaiman makes his first of two appearance this year to discuss what to expect in season 2 of American Gods. The show recently wrapped shooting in Vancouver; that means many of the cast members will also be in attendance. Last year, at their first NYCC, the American Gods panel was an absolute blast. It included a quick cosplay parade and a funny Q&A with Ricky Whittle, Yetide Badaki, and Pablo Schreiber. This year’s panel is at the top of my list as a must see. 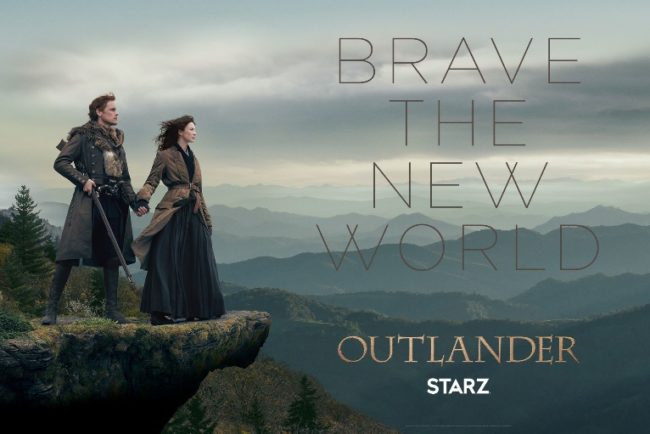 After years of being teased with convention hall advertising for Outlander, the cast and showrunners finally make their debut at NYCC. Ronald Moore has made a few stops at NYCC, but not with the Outlander cast in tow. Fans of the show should expect to see Caitriona Balfe, Sam Heughan, Sophie Skelton, and Richard Rankin talk about the upcoming season, which premieres November 4, 2018 on Starz.

On top of what are expected to be to amazing panels, Starz is also bringing a piece of Outlander and American Gods to NYCC. Project Fandom will be getting a sneak peek at the interactive booths, which include:

“Outlander” cabin experience will feature two apprentice-style workbenches where fans can customize a leather item as well as receive a natural healing elixir inspired by the show. Brand experts will be on-site to talk about the process and authenticity that went into bringing to life the historic details from colonial America.”

And Motel America a central location in season 2 of American Gods.

“The diner will capture the attention of American Gods fans old and new by recreating everything from the iconic Motel America sign to the branded placemats that line the tables.” 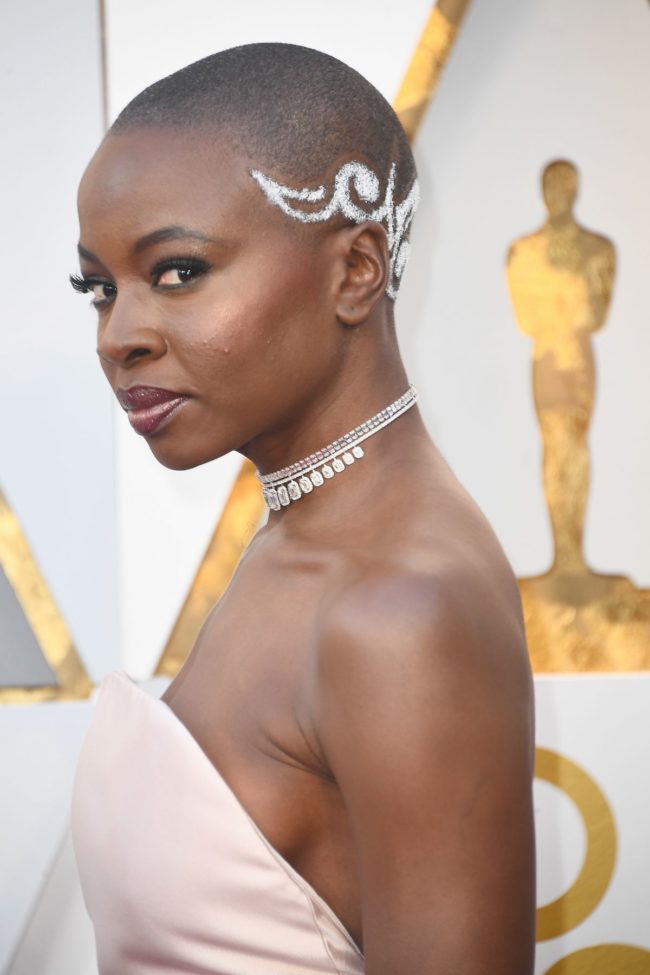 Spotlight on Danai Gurira and The Walking Dead

The physical embodiment of black girl magic, Danai Gurira (The Walking Dead, leader of the Dora Milaje on this small project called Black Panther, you may have heard of it) returns to NYCC after a two-year absence. Danai helps close out the show on Sunday with a solo panel. The Walking Dead cast and executive producers will also return to the show with a sneak peak of season 9, which debuts on October 7th.

Project Fandom will also have the pleasure of sitting down with V.E. Schwab to discuss her new graphic novel Shades of Magic: The Steel Prince #1, a prequel to her best-selling Shades of Magic novel series. 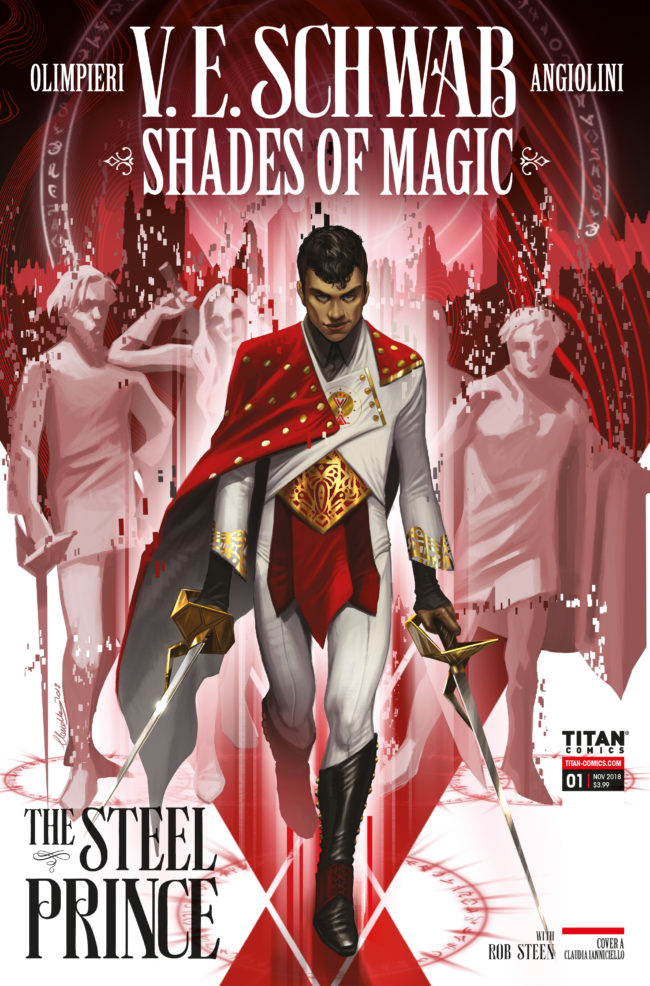 As with any fan convention large or small, walking thru the Exhibitor Hall, bumping into some of my favorite cosplayers, and supporting creatives in Artist Alley are just a few more things I am looking forward to at NYCC. And maybe I’ll get to ride another dragon. If you see me on the show floor flag me down and say “Hey!”

NYCC runs from Thursday, October 4- Sunday, October 7, tickets for Sunday and Thursday, in limited quantities were still available as of this posting.